We are having a BOY! (Much to his daddy’s utter delight!)

At 9:00pm the doctor called for THE conversation. The one where he tells us all the details on the embryos and advises us on which one he would put in Brandi…13 days from today on September 27!

He explained that out of this most recent round of IVF, we had one DNA normal embryo – a boy. He has perfect DNA, no flags or question marks like the the girl embryo we have frozen from our first round of IVF. I have said I would be happy if we just got one healthy one…and we did! A SON! The doctor gives him a 65% chance of success. We are THRILLED! Especially Travis who has been telling me how much he would like a son.

But what about the girl on ice from the first batch?

I asked the doctor IF we were to put both in… to give her a shot what he thought (because admittedly there is guilt). He said this. She would need TWO invasive tests when in the womb. Both tests come with a 1% risk of upsetting the pregnancy. And each baby would have to get both tests because at that point they wouldn’t know which embryo is which AKA there would be an increased chance of miscarriage by 4%. By putting her in with the boy we might be compromising him by making him have unnecessary testing.

He ended the call saying I need to know which one – you have to declare.

We said put in the boy.

The girl will be our plan B if the first transfer fails. She will stay on ice for the next year or two or three before we make any firm decisions. If I am honest I want to give her a shot at some point. But I am not about to make that call. Anything could happen. The boy could not take and we use her this go around. The boy could split and we could have twins and not be able to take on another kid right now.  We could be happy as a family of four. It stinks with IVF. With every celebration there is guilt too.

To our SON, it took a whole lot of needles (these are just a fraction), an incredibly selfless unicorn and a whole lot of love to give you this chance of life. Please, please take it! Here’s to seeing you in 13 days go into Brandi’s uterus. We hope you stick. We (along with Brandi and our village) gave you everything we had to give you this fighting chance.

We love you already. 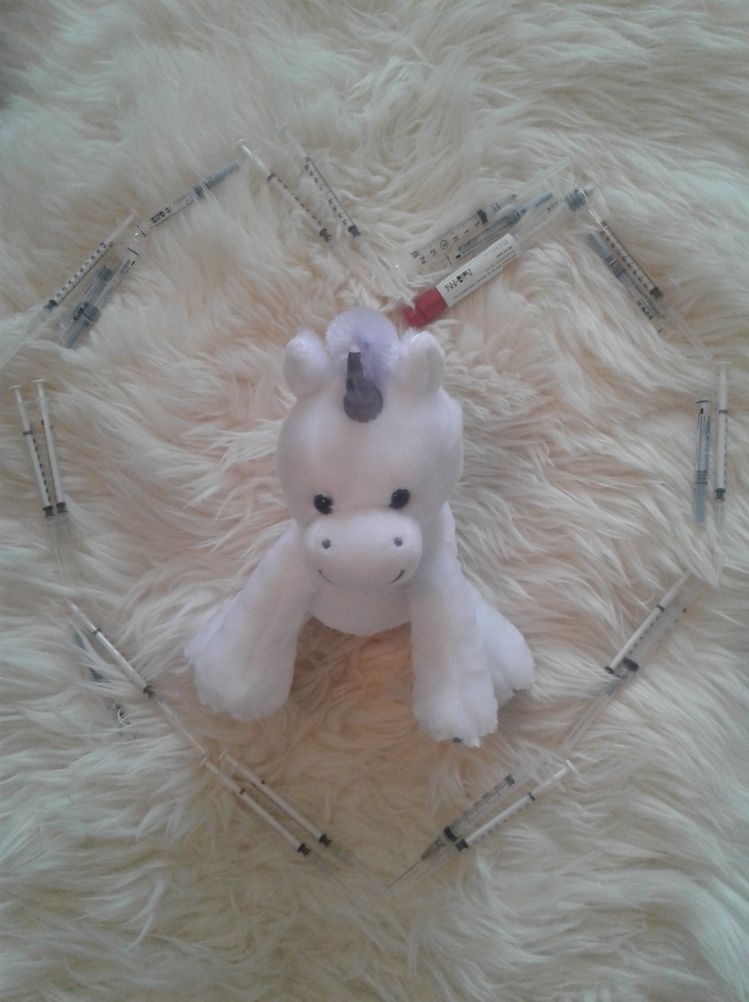